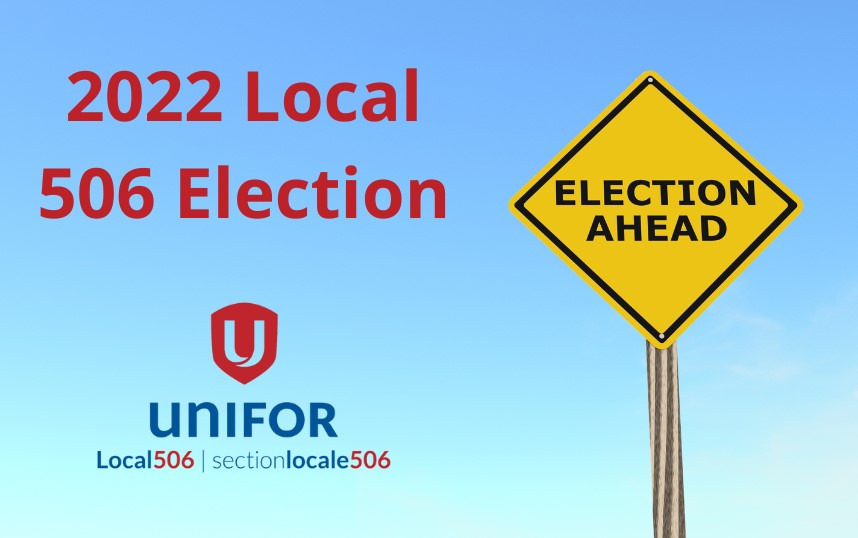 This is Angela Davis, chair of the 2022 Election Committee with an update for members regarding the upcoming election this fall.  Local 506 will be accepting nominations for the following position:

Because the National office has restrictions regarding the maximum number of participants in place for Unifor events. we will be accepting nominations via email again this year.

Members wishing to nominate anyone for the position of Local 506 President, please send their nomination(s) to both the union’s general mailbox (unionoffice@unifor506.ca) as well as to the individual(s) they are nominating.  We would then ask that the nominee “Reply All” (to ensure both parties receive the response) as to whether, or not, they accept the nomination.  All nomination acceptances must be received by the Union Office no later than September 30th.

All nominees for the position of Local 506 President are asked to forward their resumé to the Union office on or before September 30th, 2022.

The Election Committee will then meet on October 3, 2022 to perform its duties as per Article 8, Section 8.01 of the Unifor Local 506 By-laws. If an election period is required, the Election Committee will declare it to be from October 15th to October 31st with the online polls open for voting for that two-week time period and an email will be sent to you with a password that you will need in order to submit your vote online.

As usual, this election will be conducted online and the results will be announced on November 1, 2022.

We can appreciate that this nomination method is somewhat more complicated, but we feel that this process is the best way to ensure the continued safety of all our members.  Please contact the union office if you require any further clarification on this process as we want to ensure everyone has a fair chance at any of the available positions. 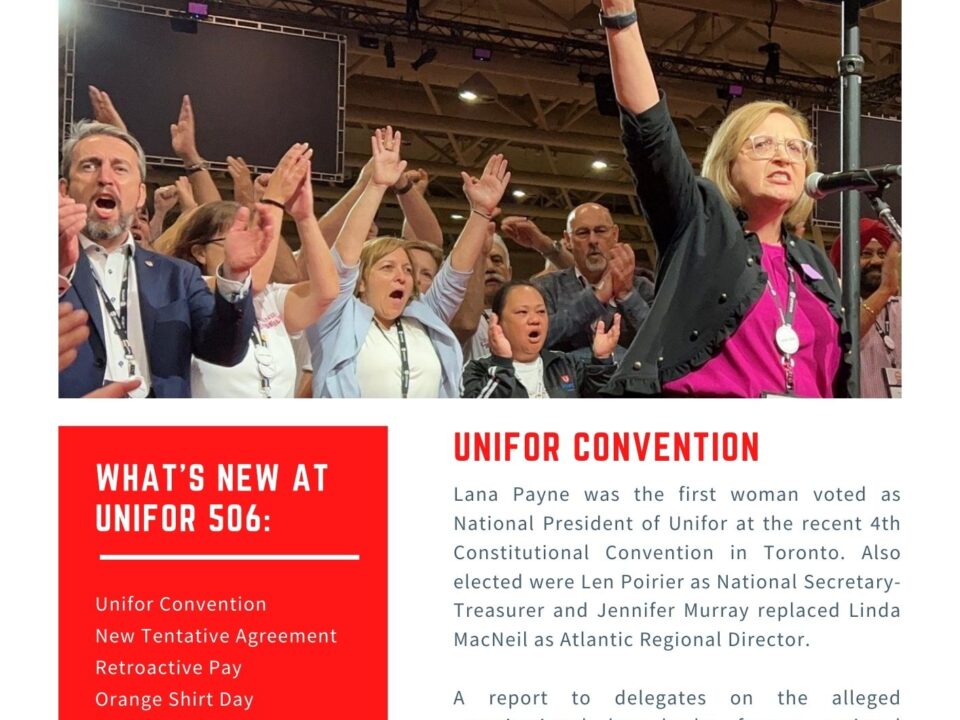 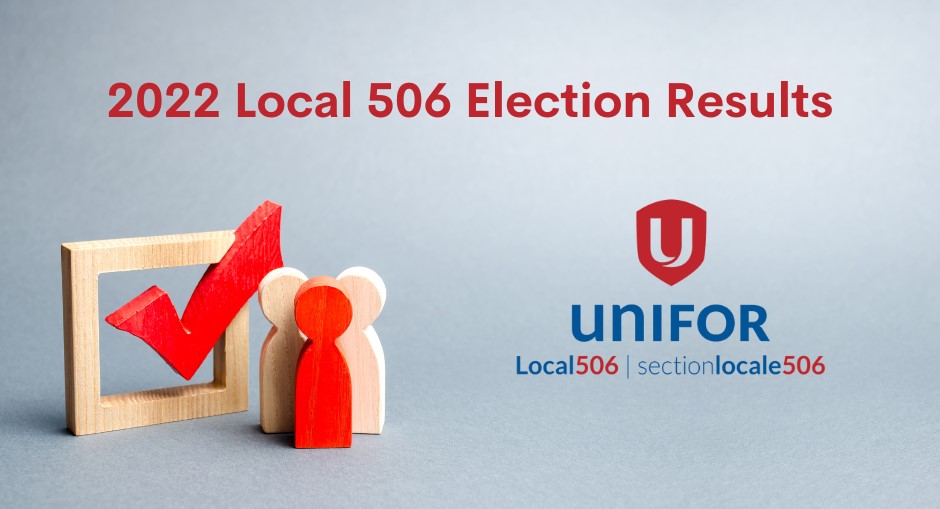 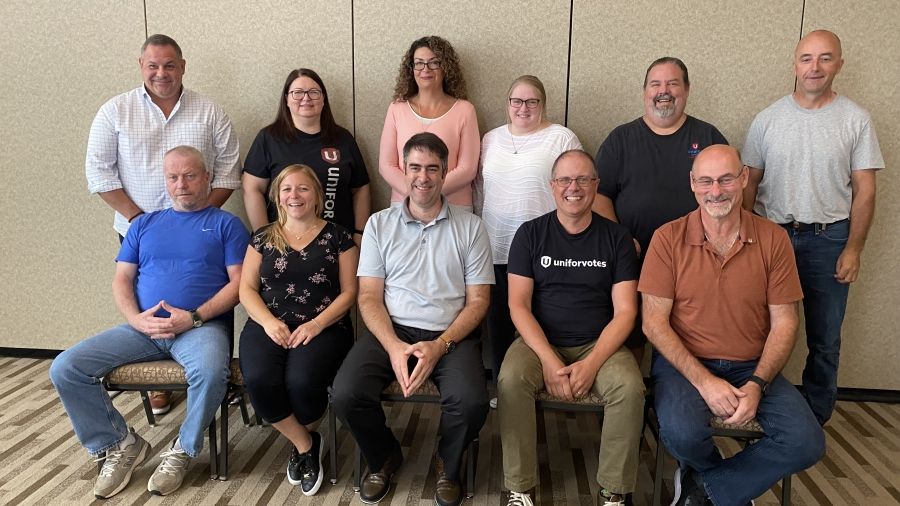