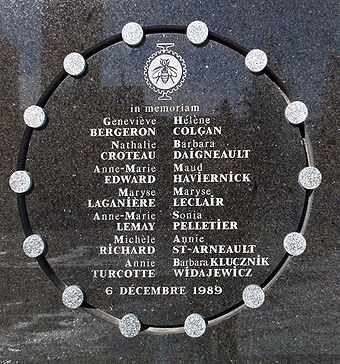 Charlotte County members are invited to a non-denominational event Saturday, Dec 6th at 2 pm at the Wesley United Church in St. Andrews to remember the women in our community, our country and around the world who have died as a result of violence or who continue to live with violence in their lives. Hosted by Charlotte County Abuse Prevention Network, Fundy Region Transition House and the Wesley United Church of St Andrews.  http://www.facebook.com/events/386297988213732/

Moncton members are invited to participate in a Candlelight Vigil Saturday, Dec 6th at 6:30 pm at the Fr. Dan Bohan Centre, 5 Fatima Drive, next to Riverview Town Hall followed by a candlelight vigil and laying of the roses at the monument at Caseley Park.  Organized by the Dec 6th Committee of the Moncton and District Labour Council.  https://www.facebook.com/events/370186576451367/

Fredericton members – A memorial service to commemorate the National Day of Remembrance and Action on Violence against Women will be held at 7:45 a.m., on Friday (December 5) at the Legislature in Fredericton.  Premier Brian Gallant, who is also minister responsible for women’s equality, will host the event.  It will include a candle light vigil to remember the 14 women massacred at Ecole Polytechnique in Montreal on December 6, 1989.On December 6th, 1989 14 university women (13 were engineering students) were murdered at their school, L’Ecole Polytechnique in Montreal, because they were women choosing higher education. An act of honour and remembrance, December 6th has been declared the National Day of Remembrance and Action on Violence Against Women. This year marks the 25th anniversary since this horrific event.  Annual observance of this day has become the basis of recognizing and supporting action against gender-based violence in our communities.  This year’s UNB observance of this memorial will be held on Dec 3rd at the Dineen Auditorium, Head Hall on the UNB Campus from 12:30 to 1:30 pm and will involve a reading of 14 poems dedicated to each woman as well as speeches speaking to the significant of this day and calls for action.  The event is free and open to the public. Please invite others

National Day of Remembrance and Action on Violence Against Women

On December 6, 2014, Unifor recognizes the National Day of Remembrance and Action on Violence Against Women.  We remember all women who have died as a result of gender-based violence.  We remember the 14 women who were singled out and murdered on this day 25 years ago- 14 engineering students murdered solely because they were women:  Geneviève Bergeron, Hélène Colgan, Nathalie Croteau, Barbara Daigneault, Anne-Marie Edward, Maud Haiernick, Maryse Laganière, Maryse Leclair, Anne-Marie Lemay, Sonia Pelletier, Michèle Richard, Annie St-Arneault, Annie Turcotte and Barbara Klucznick-Widajewicz.

And this December 6 – we recognize that although much has changed, violence against women still permeates our society.  As people gather in communities across Canada to remember those who have died as a result of gender-based violence and to reflect on those still living with the daily reality of violence in their lives, Unifor recommits to taking concrete action to eliminate violence against all women and girls.

As a result of sustained, committed efforts towards changing attitudes within our workplaces and our communities, our union has made many postive changes at the bargaining table in the 25 years since 1989.  We have negotiated anti-harassment policies, complaint procedures, right to refuse work based on harassment, harassment prevention training, and the ground-breaking, internationallly-recognized Women’s Advocate program.  All have assisted women experiencing gender based violence in their lives.  But as a union, we know that violence against women cannot be resolved at the bargaining table alone.  Our efforts will continue to extend beyond the workplace and we will challenge ourselves to do more.

On December 6, 2013, Unifor, in collaboration with the Canadian Labour Congress and Western University’s Centre for Research to End Violence Against Women And Girls, jointly launched a nationwide survey titled ‘Domestic Violence at Work:  Can Work be Safe When Home Isn’t?’.  Unifor pledges to use this research and recommendations to help inform our strategies around bargaining language to support those dealing with domestic violence, including negotiating the Women’s Advocate program.  We will use these findings to advocate for progressive legislative change and in challenging governments, particularly around our call for a national action plan on violence against women, which must include an inquiry into missing and murdered aboriginal women and girls.  We must hold governments of all levels to account on the issue of violence, particulary as it relates to missing and murdered aboriginal women.  Federal action is needed, but without it, other action can still be taken locally.

At Unifor’s 2014 Canadian Council, two key recommendations on violence against women from Unifor National President Jerry Dias were supported, debated and unanimously adopted by over 1200 delegates*.  We do this because we believe in a world based on principles of equality and social justice.  We do this because it is our collective responsibility to work towards eradicating gender-based violence.  We do this because we are united in our determination to ensure our workplaces, our communities and are nation are safe for all women and girls.

*Recommendation on Violence Against Women and the 25th Anniversary of the Massacre on December 6:

I recommend that we increase our efforts to eliminate violence against women.  We must continue to negotiate the workplace supports for women in abusive relationships including our Violence Against Women language and the Women’s Advocate program in all bargaining units.  I call on all locals to use the release of the workplace survey on December 6 and the recommendations that will accompany the release, to press all levels of government to support a national action plan to end gender based violence.

Recommendation to support a National Inquiry into Missing and Murdered Aboriginal Women:

I recommend that the Canadian Council affirm and support the call of Unifor Regional Councils to support the demand of the Native Women’s Association of Canada for a National Inquiry into the missing and murdered Aboriginal women and girls and that Aboriginal women be included in the design, decision-making process, and the implementation of this inquiry.

Moncton – 2014 marks the 25th anniversary of the December 6, 1989 Ecole Polythechnique massacre where 14 young women lost their lives simply because they were women. Each year, on December 6, we take a moment to mourn these 14 young women and all women and girls who were killed or experienced various forms of violence in their homes, their communities and workplaces. We also take this time to renew our commitment to work for change and to build a society based on respect, equality and peace.

The onus is on all of us, every day of the year, to take a stand on violence against women and girls. We can make violence our business, we can raise non-violent children, we can promote women’s equality, we can break the silence, we can listen to victims, protect them and support them, we can encourage offenders to get help.

Until all women have true economic and social equality, ending the violence we experience is not possible. For women to achieve social and economic equality, the New Brunswick Federation of Labour (NBFL) Women’s Committee calls upon the provincial government to focus their efforts to: implement Pay Equity Legislation for the private sector, increase the minimum wage to a living wage, increase funding to social housing, implement a universal and accessible public child care program and increase funding for women’s centres, shelters, rape crisis centres and front-line advocacy and support.

That is why the NBFL joins other labour groups and the Native Women Association of Canada to demand a National Public Inquiry into the epidemic of missing and murdered Aboriginal Women and Girls in our country. Only a public inquiry will be able to examine the causes and to identify solutions to end this horrifying injustice.

Finally, we encourage all of you to attend the December 6th activities organized in your region and to support the YWCA’s Rose Campaign, a national advocacy campaign to end violence against women and girls. 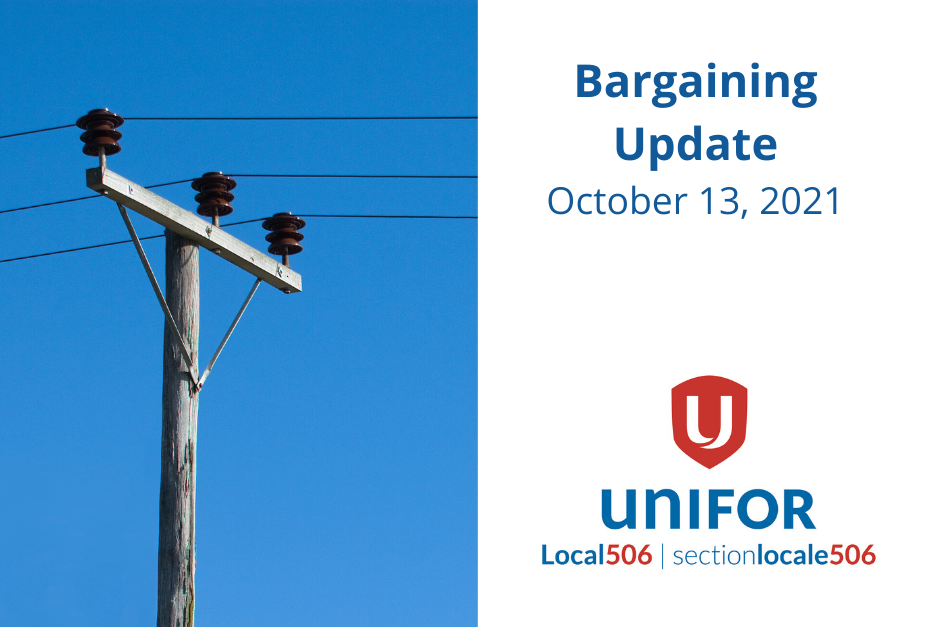 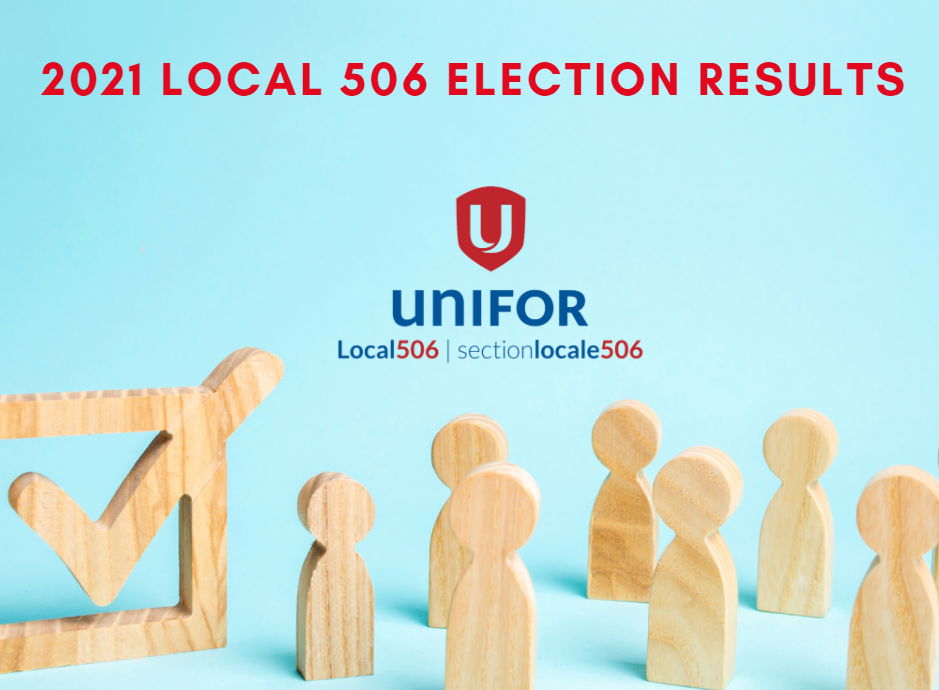